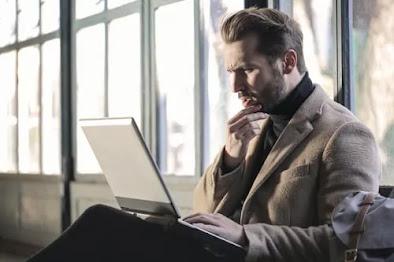 So first of all, let us now discuss some strengths of an entrepreneur, which is as follows:

An entrepreneur does not bother about taking risks. You can take the example of many entrepreneurs like Elon Musk, Steve Jobs, Mark Zuckerberg, and many more. You will get surprised to know that Jeff Bezos, the richest man on this planet, leaves his job as a vice chairman in a bank to start his Trillion dollar company Amazon an online marketplace that earns billions of dollars every year. So risk-taking is a part of entrepreneurship.

A successful entrepreneur has excellent management skills, which eventually help him to manage money and people correctly. Every entrepreneur has their method to mind, but all work effectively in their business. You can take the example of Steve Jobs and Bill Gates. Both are successful entrepreneurs. One is the founder of the most popular mobile manufacturing company Apple and the other is the founder of the most popular operating system company Microsoft. Bill Gates used to manage his employees calmly, whereas Steve Jobs is very aggressive in managing people. Still, due to their excellent management skills, both could run successful businesses in their respective fields.

An entrepreneur is an employment giver and not an employment taker. Entrepreneurs employ 96% of the people and play a crucial role in developing a country and the world.

Weaknesses of an Entrepreneur

Since an entrepreneur is a human, he has some weaknesses too. So now, let us look at some of the failings of a successful entrepreneur.

Most of the entrepreneurs are impatient. They sometimes do not wait for the right opportunity and time before starting their business. Suppose an entrepreneur launches a phone whose battery could last for two weeks during the pandemic. Now it is not a doubt that his product is superb and can disrupt the mobile market. Still, since he launched it during the pandemic, many people do not have money to buy his mobile. Also, he has to face a lot of problems to meet up with some demand of the market and face many difficulties in production and delivery due to lockdown, due to which his product will not be able to gain trust in the market. People will not buy his product anymore.

Generally, entrepreneurs are good at management skills but have bad hiring skills. They sometimes do not hire good employees, which eventually causes a lot of damage to their organization. You may have heard many examples in which a large company rejects hiring an employee. That employee creates a billion-dollar company that eventually becomes a competitor of that large company.

Let us take the example of Facebook. Facebook refuses to hire Brian Action, who eventually becomes the founder of Whatsapp, a billion-dollar company. After that, in 2014, Facebook bought WhatsApp for a massive $17 Billion. If Zuckerberg hires Brian, he has to pay $17 Billion to buy his company Whatsapp? The answer is absolute no.

If you want to become a successful entrepreneur, you should avoid mistakes by an entrepreneur.

The fundamental difference between a businessman and an entrepreneur is Innovation. An entrepreneur takes risks and innovates new products for the people. He is passionate about his work and employs a lot of people. With his management skills, he manages employees and money very well in his organization.

But an entrepreneur is overworking and impatient, which is not suitable for his health and organization. Generally, he has terrible hiring skills, which costs a lot to his organization.

Anyone can become a successful entrepreneur if he focuses on Innovation, avoids some common mistakes, and does not bother to take risks in his business.